Overfishing is changing the oceans, one predator at a time 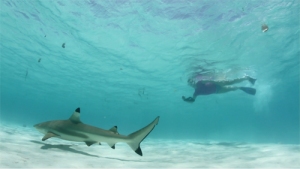 As humans continue to alter the number of predators living in the oceans through overfishing and other activities, their prey and other parts of the marine ecosystem are also indirectly impacted, according to a new study published in Global Change Biology in October. Specifically, by altering the numbers, distribution and behavior of predators, humans can influence the prey’s ability to respond to threats and its chance of being killed by a predator. More information >>